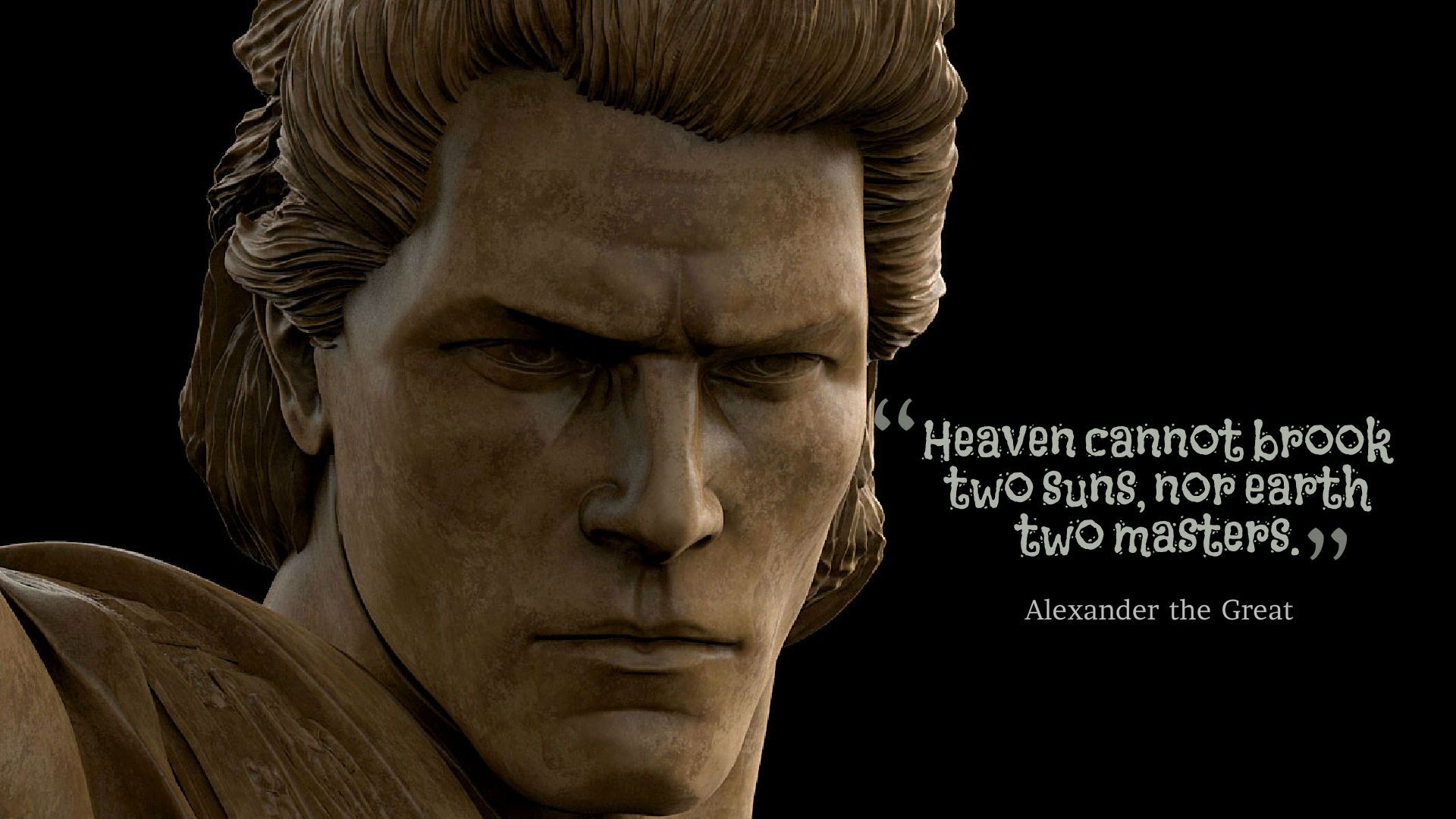 Alexander the Great’s life was extraordinary, elevating him to the status of an ancient legend. Crowned king at the age of 20, he controlled an enormous kingdom spanning from Greece to India. He also contributed to the expansion of Greek civilization beyond its boundaries as a result of his military victories. Alexander the Great was born in Pella, Greece on 21 July 356 BC (Macedonia). In 336 BC, he ascended to the throne. Macedonia’s king died in Babylon, Mesopotamia, on 13 June 323 BC (Iraq).

Alexander was born at Pella, Macedonia’s capital, in July 356 BC, the son of Philip II and Olympias, princess of Epirus. His mother persuaded him that he was descended from Zeus through his father and from Achilles via her. Alexander the Younger was educated by the renowned Aristotle, who acquainted him with Greek culture. He found the Iliad’s heroes, whom he aspired to be like. He was not only bright but also endowed with excellent physical characteristics. His father forced him to share his authority very early on. He entrusted him the command of the cavalry during the Chaeronea war (338 BC). Alexander demonstrates his superiority by annihilating the Thebans’ holy troop. Philip II desired the unification of Greek towns in order to launch an assault against the Persians. He established the League of Corinth, a confederation of cities excluding Sparta, and launched a war on Persia. In 336 BC, he was assassinated. Alexander was thereafter elevated to the throne of Macedonia. 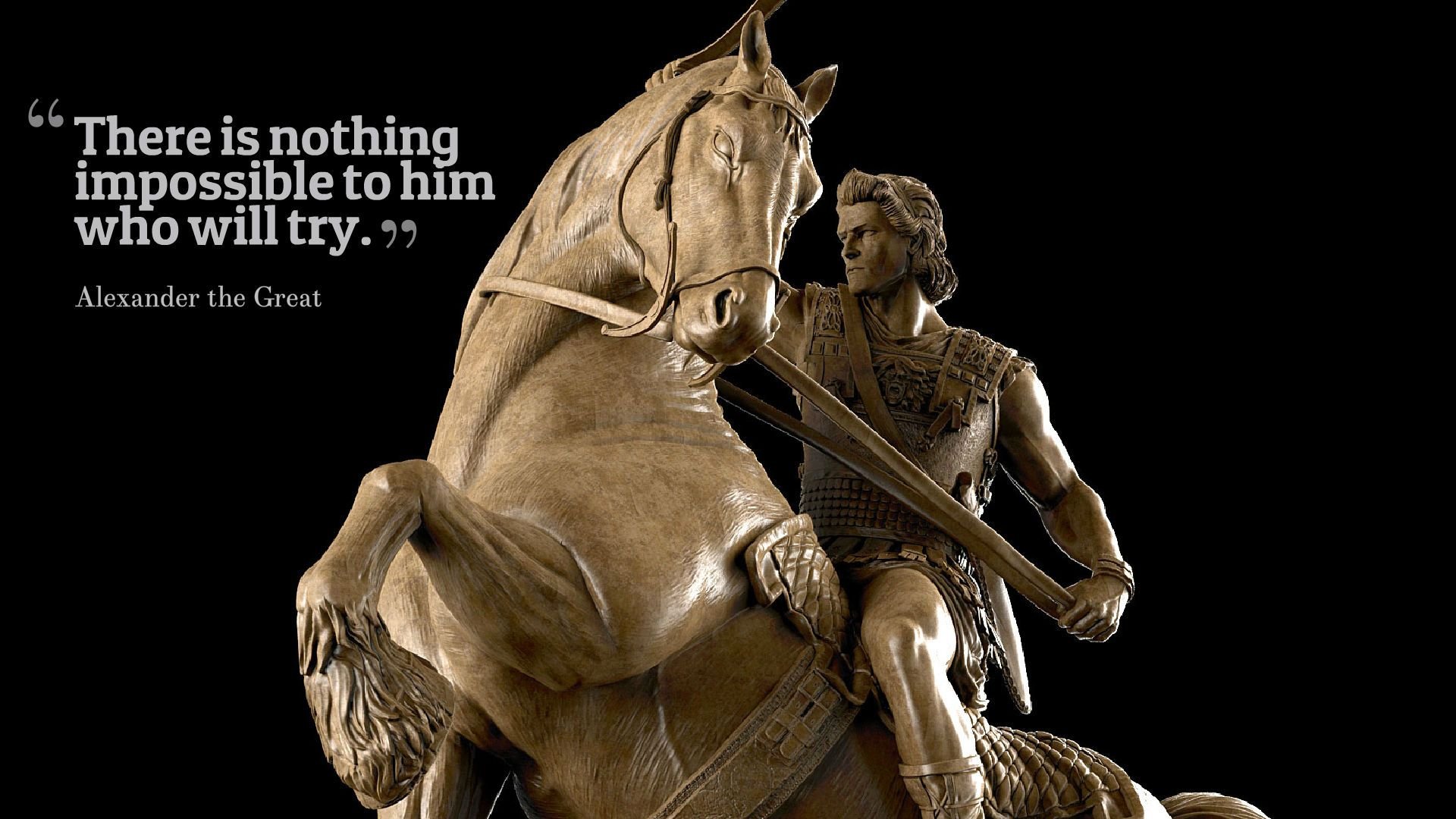 Alexander said from the outset that he intended to carry on his father’s work. Faced with the nobility’s unrest and the rebellion at Thebes, the new monarch needed to establish his power. His response was swift. He assassinated his adversaries and destroyed Thebes to the ground. He solidified his hold on the kingdom before departing for Asia Minor in 334 BC. His army consisted of about 35,000 infantrymen and 5,000 mounted cavalrymen. Alexander disembarked at what was believed to be the Trojan city’s site. On the banks of the Granite, the vastly stronger Persian army attempted to halt him. However, the Macedonian troops’ triumph. Darius III Codomannus, the Persian king, escaped. Alexander was almost slain many times during this fight, according to mythology. Alexander next executed a strategic maneuver: he occupied the Persian coastlines, preventing the Persians from fleeing the area and attempting to attack Greece. Numerous cities fell to Alexander without opposition, and he restored democracy. Other cities were taken by force by the Macedonian monarch (Halicarnassus, Lampsak, or Aspendos). Alexander conquered the whole of Lycia, Pamphylia, and Pisidia in 333 BC. He advanced inland and conquered Gordion (where he cut the Gordian knot) and Tarsus. 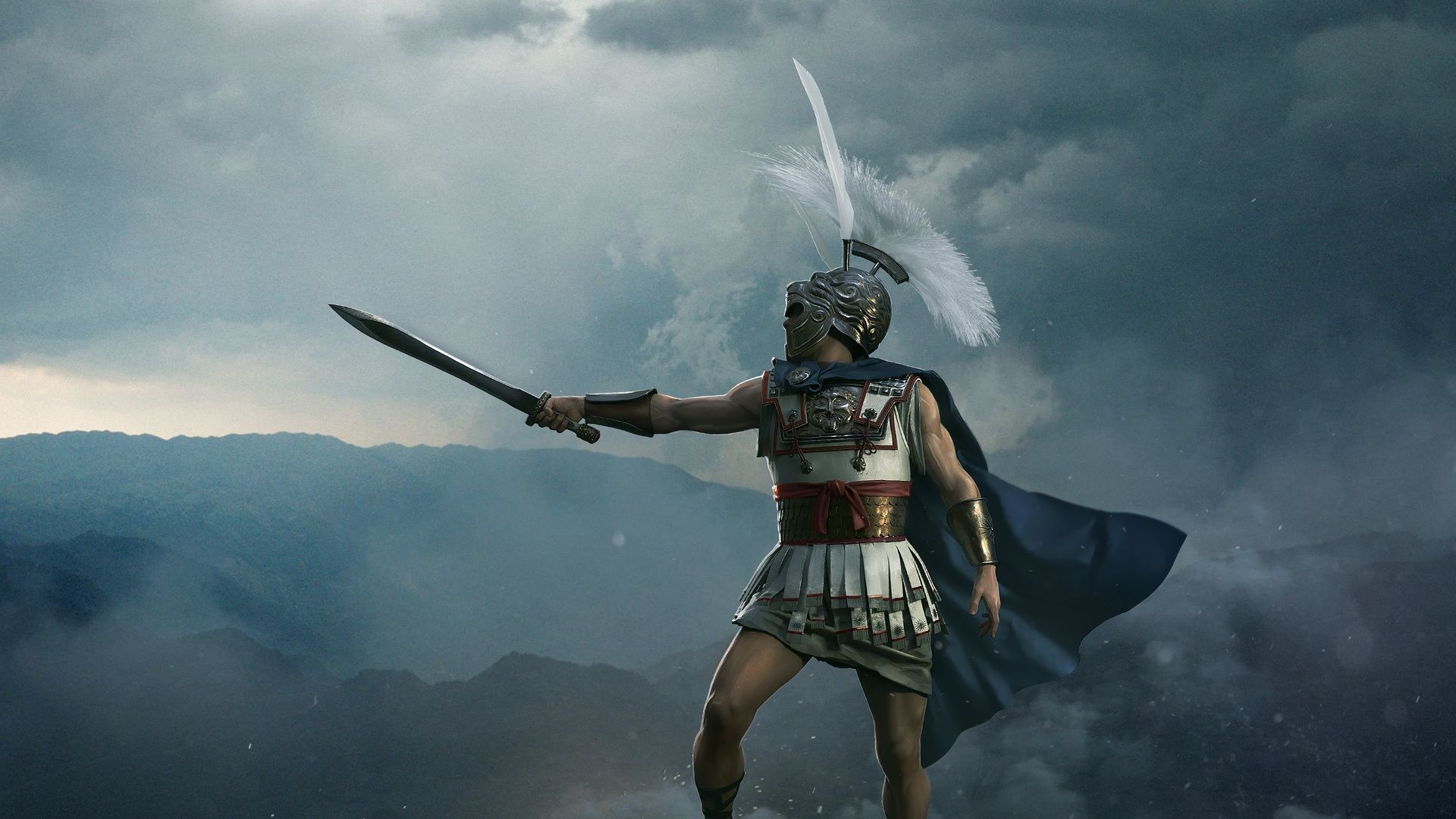 The Greek army confronted 600,000 Persian troops in the plain of Issos (modern Syria). Darius escaped to Syria after Alexander’s victory, leaving behind his mother, wife, children, and a considerable quantity of treasure. The Persian forces were annihilated. Alexander chooses to continue his conquests in Syria rather than pursue Darius. Tyre fought him for seven months before finally succumbing (in August 332). Alexander exacted vengeance on the Tyrians (8,000 of them were massacred and 30,000 sold as slaves). He launched an assault on Gaza and subsequently on Egypt, where he was hailed as a liberator (the Egyptians did not appreciate the Persians). He expelled the Persian tyrant from the city of Memphis. Alexandria, the first Greek-Egyptian colony, was established in the Nile Delta by the Macedonian monarch. The city will blossom into a glimmering center of Hellenism. In 331 BC, he traveled to the desert oasis of Siwah to visit the oracle of the deity Amun (the Egyptian equivalent of Zeus). He gets the title “son of Amun” from the priests, which was formerly worn by the Pharaohs. Alexander establishes himself as king of Hellenic Asia and the Mediterranean.

Alexander chooses in the spring of 331 to flee to Babylon, where Darius has sought shelter. There, the Great King had rebuilt a sizable army. On October 1, Alexander’s troops defeated the Persian army once again at Gaugamela. Darius fled, leaving behind a large fortune, and Alexander entered Babylon triumphantly. He ascended to the throne of Asia. Alexander continued his conquests of the Achaemenid Empire’s major cities by conquering Susa, Persepolis, and Pasargadae, the last Persian capital. The Macedonian monarch pillaged these towns’ riches and enslaved many of their people.

Following his loss, Darius sought shelter in the Iranian highlands with a few surviving followers. In July 330 BC, Alexander, who cannot be completely ruler of Persia as long as Darius remains, goes on a frenzied pursuit. The satraps Bessos, Barsaentes, and Satibarzan kidnap and murder Darius while Alexander is nearby. Alexander suffocates the “King of Kings.” Thus, it seems as if the latter is “naturally” selected as his heir. Alexander the Great forces Darius to abdicate and vows to revenge on him. Alexander subdues Hyrcania before to pursuing Darius’ killers. He hears that Bessos has declared himself king of the Persians and sought shelter in Bactria, while Satibarzan has retreated to Arie (west of Afghanistan) and Barsaentes to Drangiana (south of Afghanistan). Alexander made his way to Bactria. Bessos was apprehended and subjected to torture before to his trial at Ectabane. Alexander and his troops encountered difficulties between 330 and 328. They encountered Persian opposition. Alexander modified his army by adding Sogdian and Persian horsemen. His troops objected to the reforms and wanted to return home. He conquered Bactria and Sogdiana after bloody combat. Alexander establishes about 50 Alexandrias along his route. According to Persian ritual, the Macedonian monarch marries Roxane, the daughter of the Bactrian Oxyarte. Iran is pacified as the Persian resistance dissipates. Alexander shifted his focus even farther eastward, toward a target he had been cultivating for many years: the Indus (India). 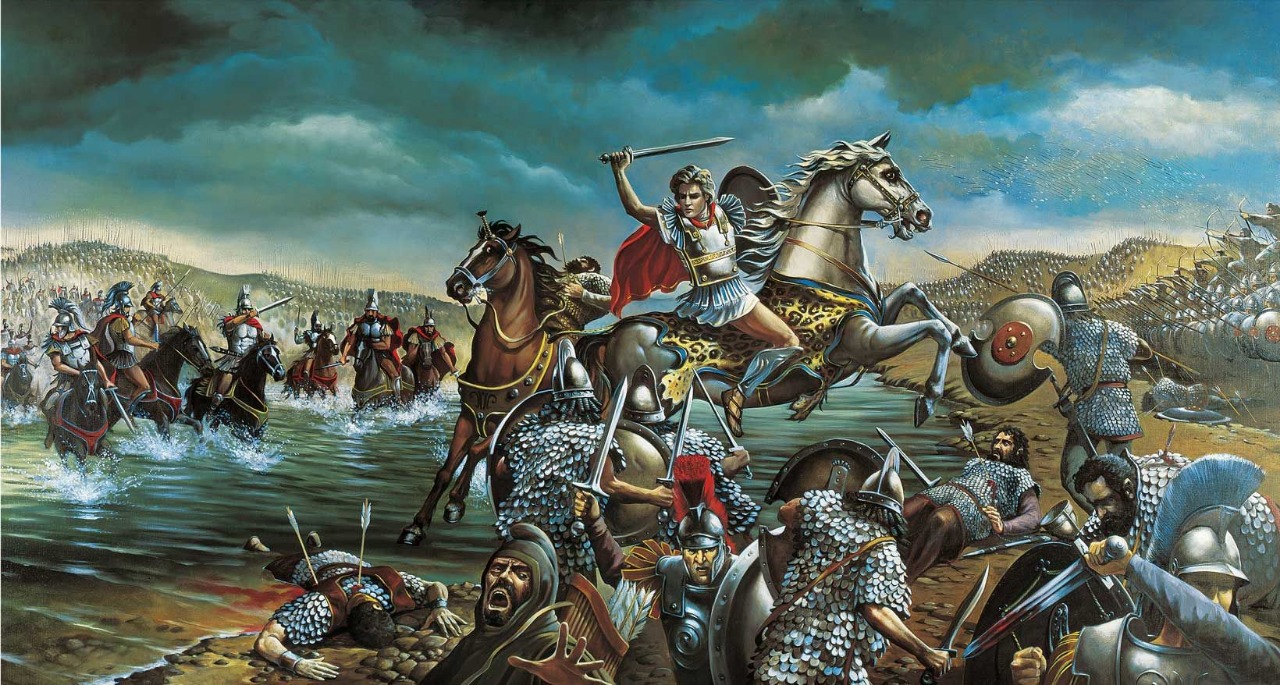 Alexander went towards the Indus valleys in the spring of 327 BC with a 120,000-strong force. To be fair, the Greeks had limited knowledge of these areas at the time. In 326 BC, Alexander advanced to the outskirts of the Persian realm. King Poros sought to obstruct the Macedonians’ passage of the river. His soldiers, bolstered by elephants, fought a bloody battle with Alexander’s, but ultimately lost. Alexander conquered the whole Punjab and introduced Greek civilization to the area. Alexander desired to proceed towards the Ganges after reaching the banks of the Hypha, but his troops, weary by the monsoon, refused. Alexander eventually caved in and had twelve altars built for the gods, centered on a column inscribed with the phrase “Here Alexander came to a halt.” 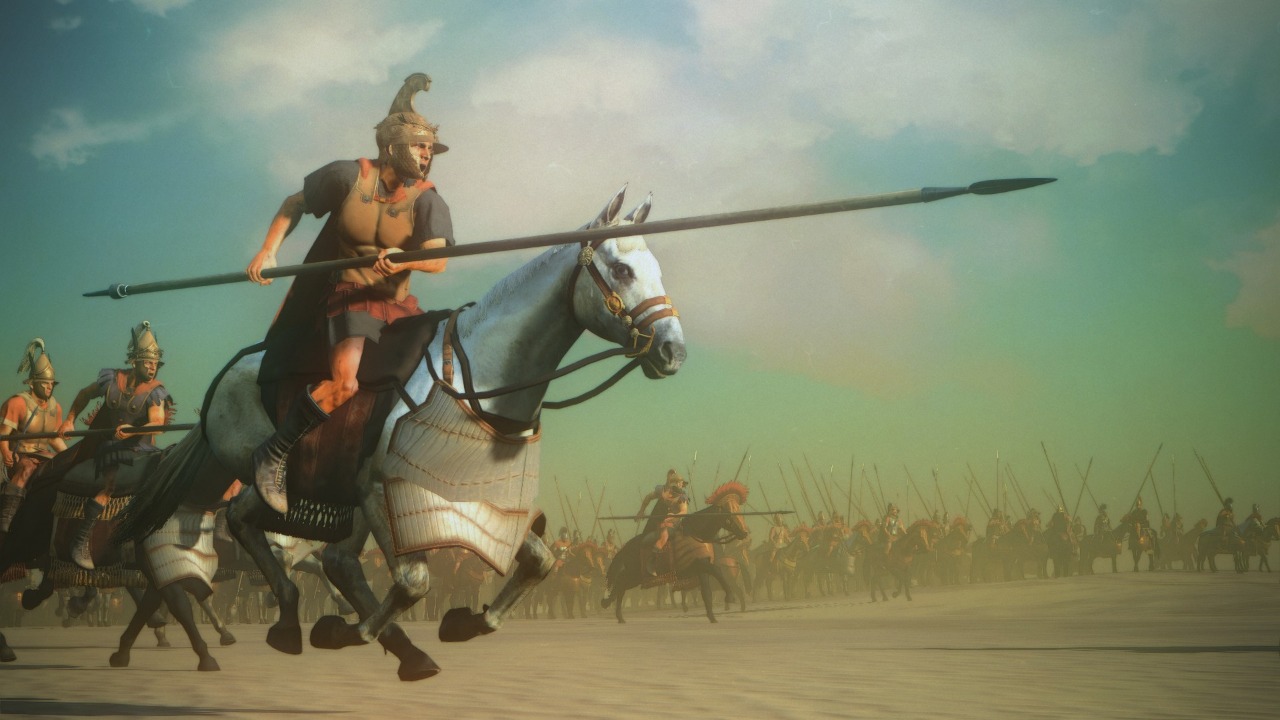 Alexander’s forces march south to the Indian Ocean. Nearchus is entrusted with a portion of his fleet. Alexander and another contingent of troops struggle hard to traverse the Gedrosia desert. They arrived at the Persian Gulf, followed by the route to Susa. Alexander organized enormous weddings there, in which his troops married Persian women and himself married a daughter of Darius. Numerous political initiatives were implemented by the monarch, including the incorporation of young Persian aristocrats into the royal guard (until then reserved for Macedonian nobles). Alexander similarly aspired to be regarded as a deity. Veterans mutinied at Opis, dissatisfied with the measures implemented for the army. Alexander assassinated thirteen of the chiefs.

Died While Return Back To Babylon

Alexander was devastated by the death of his loyal friend, Hephaestion, in 324 B.C. Then, in 323, he traveled to Babylon. He began a massive program of works. Additionally, he was greeted by diplomats from Carthage and Italy. He seems to have been considering further expeditions. However, he was taken down by a high fever that took him away in about 10 days. On 13 June 323 BC, the great master of Greece, Egypt, and Asia died at the age of 33. Alexander’s colossal Empire, which he had conquered in less than a decade, would not survive him. It was immediately distributed among his generals upon his death. Western, as well as Eastern, historiographers will perpetuate the conquering story. Alexander nearly achieved his goal of being regarded as a deity by appearing in both the Bible and the Quran…

Alexander the Great’s bones were brought to Alexandria and interred in a Macedonian-style mausoleum. This tomb has never been located, despite the many searches conducted and the various theories advanced by archaeologists and historians.

The Horse Of Alexander The Great

Alexander the Great was followed throughout his conquests by his horse, Bucephalus. This name, which literally translates as “ox’s head” in Greek, allows for a variety of 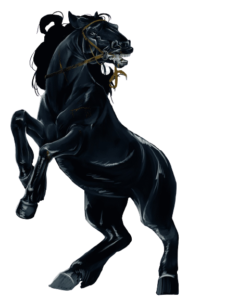 interpretations of the animal’s look. According to tradition, Philip II of Macedonia purchased this restless horse for his son, Alexander. The latter was responsible for training it. Alexander approached the horse in the light and successfully trained him, despite the animal’s fear of his shadow. Bucephalus, therefore, became the Macedonian king’s favorite combat companion. He died either at the battle of Hydaspe (-326) or of old age, according to reports. Alexander the Great named the city of Bucephalia (modern-day Pakistan) after his horse.

Alexander the Great had an extraordinary career: anointed king at the age of twenty and successful in many wars, he conquered an enormous kingdom extending from Greece to the Indus. He led the Macedonian army to the end of the earth, making it the most powerful force in Europe and Asia, owing to his charm, bravery, and persuasiveness. He also contributed to the growth of Greek culture beyond his boundaries as a result of his military victories. However, the near-tyrannical nature of his reign and his ambition to dominate the globe, his will and desire to push farther and further, weakened him and ultimately led to his demise. 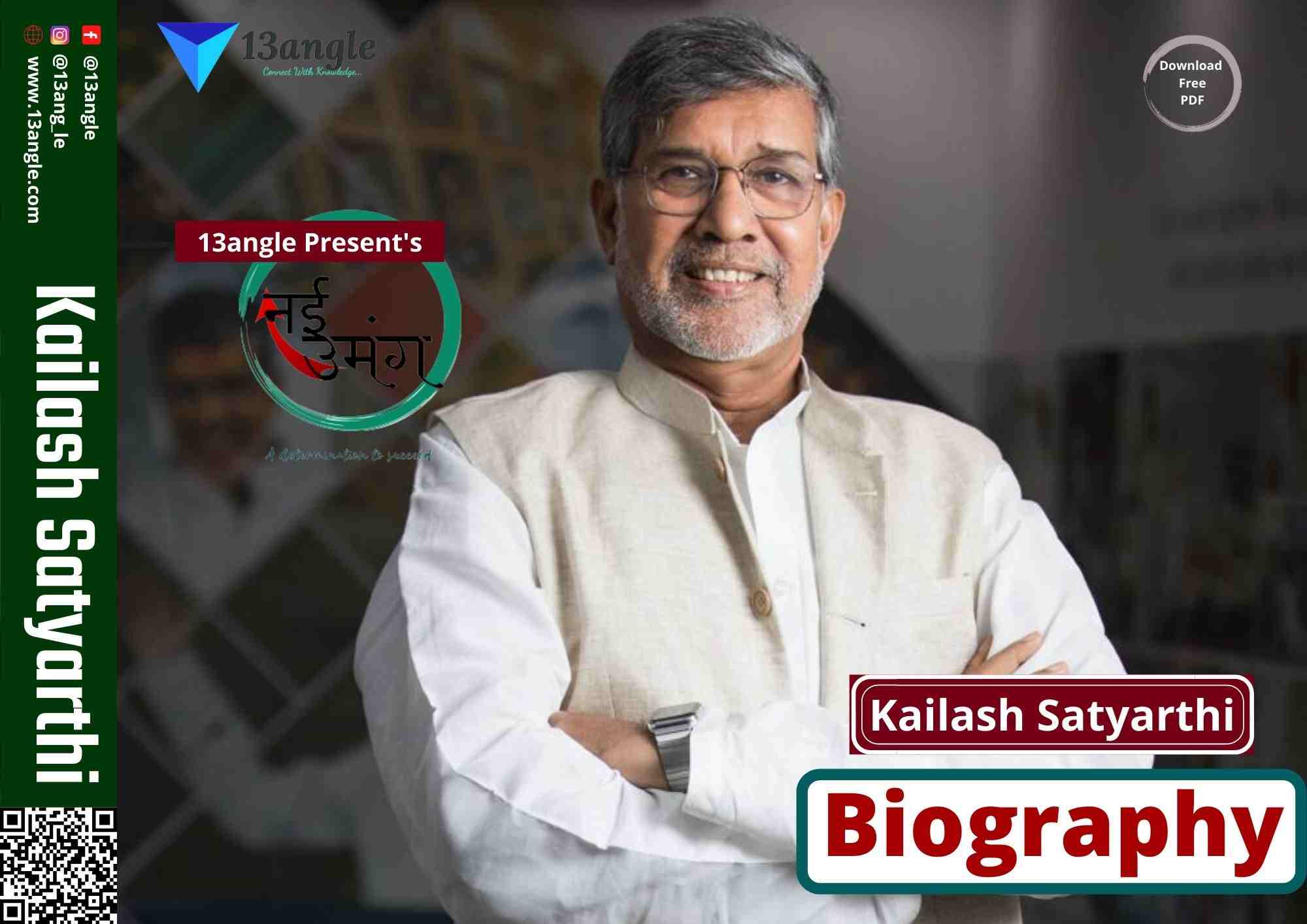 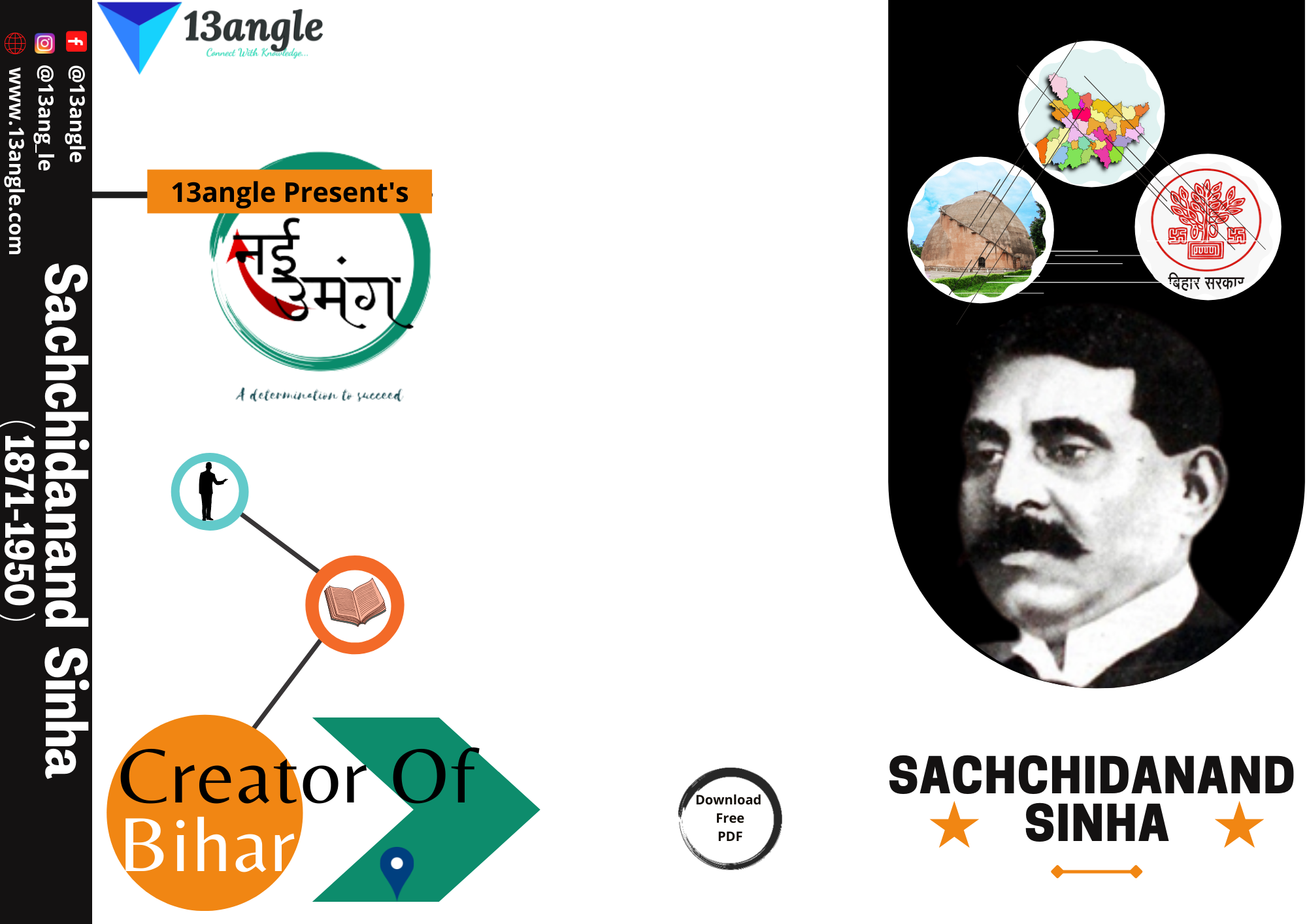