A Brief History Of IoT

Real-life Implementation Of IoT In Industries And Households

Smart Home: IoT devices are a part of the larger concept of home automation, which can include lighting, heating, air conditioning, media and security systems and camera systems. Long-term benefits could include energy savings by automatically ensuring lights and electronics are turned off or by making the residents in the home aware of usage. A smart home or automated home could be based on a platform or hubs that control smart devices and appliances. For instance, using Apple’s HomeKit, manufacturers can have their home products and accessories controlled by an application in iOS such as the iPhone and the Apple Watch. This could be a dedicated app or iOS native applications such as Siri. This can be demonstrated in the case of Lenovo’s Smart Home Essentials, which is a line of smart home devices that are controlled through Apple’s Home app or Siri without the need for a Wi-Fi bridge. There are also dedicated smart home hubs that are offered as stand-alone platforms to connect different smart home products, and these include the Amazon Echo, Google Home, Apple’s HomePod, and Samsung’s SmartThings Hub. In addition to the commercial systems, there are many non-proprietary, open-source ecosystems, including Home Assistant, OpenHAB, and Domoticz.

Elder Care: One key application of a smart home is to aid elderly individuals and those with disabilities. These home systems use assistive technology to accommodate an owner’s specific disabilities. Voice control can assist users with sight and mobility limitations while alert systems can be connected directly to cochlear implants worn by hearing-impaired users. They can also be equipped with additional safety features, including sensors that monitor for medical emergencies such as falls or seizures. Smart home technology applied in this way can provide users with more freedom and a higher quality of life.

1. Medicine And Healthcare: The Internet of Medical Things (IoMT) is an application of the IoT for medical and health-related purposes, data collection and analysis for research, and monitoring. The IoMT has been referenced as “Smart Healthcare”, as the technology for creating a digitized healthcare system, connecting available medical resources and healthcare services.

2. Transportation: The IoT can assist in the integration of communications, control, and information processing across various transportation systems. The application of the IoT extends to all aspects of transportation systems (i.e., the vehicle, the infrastructure, and the driver or user). Dynamic interaction between these components of a transport system enables inter-and intra-vehicular communication, smart traffic control, smart parking, electronic toll collection systems, logistics and fleet management, vehicle control, safety, and road assistance.

3. Agriculture: There are multitudinous IoT operations in tilling like collecting data on temperature, downfall, moisture, wind speed, pest infestation, and soil content. This data can be used to automate husbandry ways, take informed opinions to ameliorate quality and volume, minimize threat and waste, and reduce the trouble needed to manage crops. For illustration, growers can now cover soil temperature and humidity from hence, and indeed apply IoT- acquired data to perfect fertilization programs. The overall thing is that data from detectors, coupled with the planter’s knowledge and suspicion about his or her ranch, can help increase ranch productivity, and help reduce costs.

2. Ocean of Things: The Ocean of Things project is a DARPA- led program designed to establish an Internet of things across large ocean areas for the purposes of collecting, covering, and analyzing environmental and vessel exertion data. The design entails the deployment of docks that house an unresistant detector suite that autonomously describes and tracks military and marketable vessels as part of a pall-grounded network.

Criticism And Problems Of IoT

1. Privacy, Autonomy, And Control: PhilipN. Howard, a professor, and the author writes that the Internet of effects offers immense eventuality for empowering citizens, making government transparent, and broadening information access. Howard cautions, still, that sequestration pitfalls are enormous, as is the eventuality for social control and political manipulation. enterprises about sequestration have led numerous to consider the possibility that big data architectures like the Internet of effects and data mining are innately inharmonious with sequestration. crucial challenges of increased digitization in the water, transport or energy sector are related to sequestration and cybersecurity which bear an acceptable response from exploration and policymakers likewise. Pen Adam Greenfield claims that IoT technologies aren’t only an eruption of public space but are also being used to immortalize normative geste, citing a case of billboards with retired cameras that tracked the demographics of passersby who stopped to read the announcement. The Internet of effects Council compared the increased frequency of digital surveillance due to the Internet of effects to the abstract panopticon described by Jeremy Bentham in the 18th Century. The assertion was defended by the workshop of French proponents Michel Foucault and Gilles Deleuze. In Discipline and discipline, The Birth of the Captivity Foucault asserts that the panopticon was a central element of the discipline society developed during the Industrial Era. Foucault argued that the discipline systems established in manufactories and seminaries reflected Bentham’s vision of panopticons. In his 1992 paper” Postscripts on the Societies of Control,” Deleuze wrote that the discipline society had transitioned into a control society, with the computer replacing the panopticon as an instrument of discipline and control while still maintaining the rates analogous to that of panopticons.

2. Data storage: A challenge for directors of IoT operations is to clean, process, and interpret the vast quantum of data that is gathered by the detectors. There’s a result proposed for the analytics of the information pertained to as Wireless Sensor Networks. These networks partake data among detector bumps that are transferred to a distributed system for the analytics of the sensitive data. Another challenge is the storehouse of this bulk data. Depending on the operation, there could be high data accession conditions, which in turn lead to high storehouse conditions. presently the Internet is formerly responsible for 5% of the total energy generated, and a” dispiriting challenge to power” IoT bias to collect and indeed store data remains.

Data silos, although a common challenge of heritage systems, still generally do with the perpetration of IoT bias, particularly within manufacturing. As there are a lot of benefits to be gained from IoT and IIoT bias, how the data is stored can present serious challenges without the principles of autonomy, translucency, and interoperability being considered. The challenges aren’t done by the device itself, but by how databases are stored is set- up. These challenges were generally linked in manufacturers and enterprises which have begun upon digital metamorphosis, and are part of the digital foundation, indicating that to admit the optimal benefits from IoT bias and for decision timber, enterprises will have to first-align their data storing styles.

3. Confusing terminology: Information Age writer Kevin Lonergan, in his article coined the term “terminology zoo” to define the extremely confusing and contradicting terminologies used in IoT today. This confusion in the terminology is not “useful from a practical point of view”, says Lonergan. You see, the main reason behind this kind of confusion is the fact that smartphones, tablets, and other devices we use today were not invented back then which led to conflicting terminologies in today’s world. Terms with varying degrees of overlap can be found in the IoT realm like the Internet of things, Internet of Everything (IoE), Internet of goods (supply chain), industrial Internet, pervasive computing et-al. To make all this a bit easier for the common man, IoT One has created a database with all common IoT terminology which also includes a “New Term” alert. As of now this database catalogs more than 800 IoT-related terms and manages to keep the “material transparent and comprehensive”. 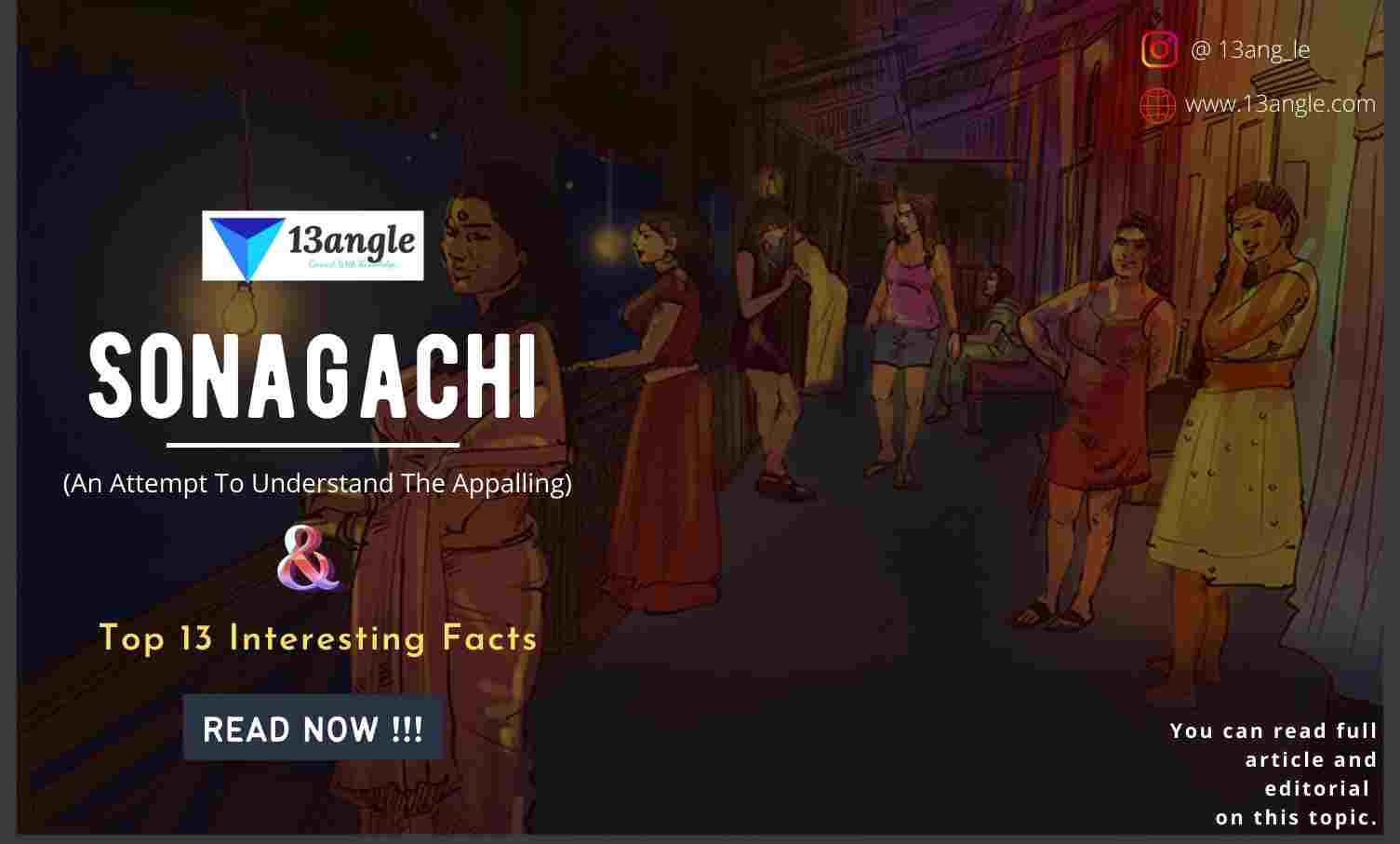 The Sonagachi: An Attempt To Understand The Appalling